Redacted is a 2007 American war film written and directed by Brian De Palma. It is a fictional dramatization, loosely based on the 2006 Mahmudiyah killings in Mahmoudiyah, Iraq, when U.S. Army soldiers raped an Iraqi girl and murdered her along with her family. This film, which is a companion to an earlier film by De Palma, 1989’s Casualties of War, was shot in Jordan.

Redacted premiered at the 2007 Venice Film Festival, where it earned a Silver Lion “best director” award. It was also shown at the Toronto International Film Festival, the New York Film Festival and the Buenos Aires International Festival of Independent Cinema. The film opened in Spain, and in fifteen theaters in limited release in the United States on November 16, 2007. The film received mixed reactions from critics and a poor financial response in its limited U.S. release. 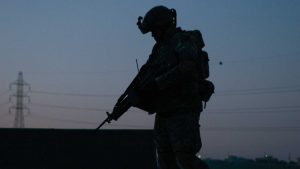