Under the Shadow is a 2016 internationally co-produced Persian-language supernatural horror film written and directed by Iranian-born Babak Anvari as his directorial debut. A mother and daughter are haunted by a mysterious evil in 1980s Tehran, during the War of the Cities. The film stars Narges Rashidi, Avin Manshadi, Bobby Naderi, Ray Haratian, and Arash Marandi.

Produced by British film company Wigwam Films, the film is an international co-production between Qatar, Jordan, and the United Kingdom. The film premiered at the 2016 Sundance Film Festival and has been acquired by US streaming service Netflix. It was selected as the British entry for the Best Foreign Language Film at the 89th Academy Awards but it was not nominated. 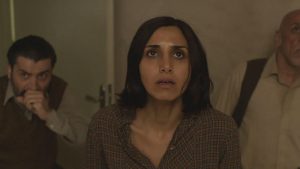 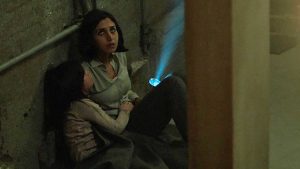